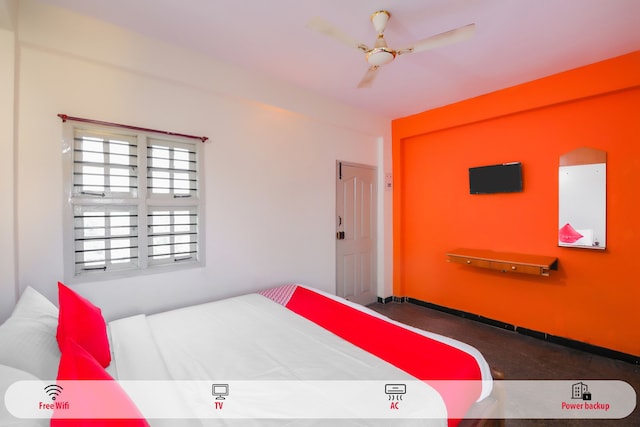 Mysuru district, Mysore· 3.9km
3.3 (204 Reviews)·Fair
WIZARD MEMBER
Sanitised b4 ur eyes
₹0
per room per night
Log in to unlock exclusive deals
Enjoy up to 15% extra discount on your bookings
Login

Near Sheasdripuram College, Hebbal Ring Road, Mysore· 7.3km
4.4 (998 Reviews)·Very Good
Parking Facility
Reception
Free Wifi
+ 17 more
WIZARD MEMBER
Vaccinated Staff Sanitised b4 ur eyes
₹0
per room per night
Get access to exclusive deals
Only the best deals reach your inbox
Your email
12
Mysore is widely regarded as among South India’s famous tourist destinations. There is something regal about Mysore. It could because of the city’s glittering royal heritage and magnificent buildings and monuments.

The World Heritage–listed Mysore palace brings travellers from across the globe. However, there could be another reason why travellers make the journey to the place – the production of premium silk, incense and sandalwood. In recent times, the other main draw has been ashtanga yoga. This attracts visitors globally with its reputation as among the best places to practice yoga. Mysore is also renowned for its sandalwood products and the famous Dusherra festival (Navaratri) which is held annually so this is the best time to visit Madurai. The city’s name originates from the word Mahishuru, which is also derived from Mahisha. Legend has it that the area around Mysore city was under the rule of the demon Mahishasura. However, Goddess Chamundeshwari defeated the demon. No visit to Mysore is ever complete without taking a tour of the colossal Mysore Palace. It is among the most palatial of India’s royal buildings. The palace was the former seat of the Wodeyar maharajas. Fire gutted the palace in 1897; but, English architect Henry Irwin constructed a new version in 1912. This Indo-Saracenic marvel comprises stained glass, mirrors and vibrant colours. Mysore Zoo is unlike other zoos in India. It maintains a high standard. The zoo is surrounded by pretty gardens that date from 1892. One can spot white tigers, rhinos and lowland gorillas. For architecture enthusiasts, Mysore is home to a number of charming buildings, including Government House, the Silver Jubilee Clock Tower, the Rangacharlu Memorial Hall as well as the towering St Philomena’s Cathedral. The best time to visit Mysore would definitely be during the winter months. The pleasant weather ensures that the sightseeing experience is memorable. Also, autumn to spring is also a good time to visit. The temperature during this season oscillates between 20 degrees to 25 degrees Celsius. The summers are not scorching, nor are the winter bone-chillingly cold. One can avoid visiting the city during the monsoon season – from July to September.

Accommodation in Mysore by OYO

When in Mysore, one does not have to worry about finding the right accommodation. There are a number of branded, affordable, budget and premium OYO rooms. Travellers can choose to stay near the main city centre. There are a number of hotels near the railway station and bus stand. For those wanting to stay near historical places of significance, there are options near the Mysore Palace as well. Mysore hotels near bus stand are ideal for tourists with a day or two to spare in the city. OYO provides budget and premium accommodation across varied price range for a comfortable and luxurious stay of the guests.

Mysore Dasara:September
A September festival that you have all been waiting for, Mysore Dasara is Dussehra with a twist! With the city's royal heritage, this festival ensures that you get a glipmse of a grand scale and elaborate celebration. In Mysore, Dussehra honors the Goddess Chamundeswari, who killed the great demon Mahishasur and is celebrated with great pomp and enthusiasm among the locals. While you dance among the locals in this twist of Dussehra, we at OYO will provide you with the best of stays that will keep you at bliss and build the want in you to visit the beautiful city of Mysore again!
Read MoreRead Less

Showing 1 - 10 of 10
1.
What are some of the best accommodation options in Mysuru?
With OYO Rooms having excellent coverage across the city, there is no need to worry about finding good accommodations here in Mysuru.

Best Accommodations
Read MoreRead Less
2.
What are the best places to explore in Mysuru?
A visit to the grandiose Mysuru palace is almost mandatory for all visitors. The royal residence of the Wodeyar kings, this palace has opulence that will boggle your mind with its rosewood doors, glass ceilings, rich tapestry, chandeliers and more. Brindavan Gardens, with its musical fountains and sprawling lawns, is another popular attraction. The Jaganmohana Palace with its art collection is another popular tourist draw. Head to St. Philomena’s church to get a glimpse of Gothic architecture.
Read MoreRead Less
3.
What is a good time to visit Mysuru?
If you like the cold weather, then anytime between October and February should be a good time to visit Mysuru. December is peak winter here and it can get quite chilly especially during evenings and nights. If you are more of a sunshine person, then summertime, that is the months between March and May, are good for you.
Read MoreRead Less
4.
What are some of the best affordable accommodations near the Railway?
There are several hotels near Mysore Railway Station. You will also find some good OYO Rooms budget accommodations very close to the railway station:
View more hotels in Mysore 👍
Read MoreRead Less
5.
What are some of the best accommodations near the bus stand?
Buses ply to Mysuru from Bangalore as well as other locations. The services are quite frequent and can be easily accessed from prominent locations in the city. Explore hotels near KSRTC bus stand in Mysore. You can check into a comfortable OYO Rooms that is well within your budget so that you can hop off the bus and walk into your hotel:
View more hotels in Mysore 👍
Read MoreRead Less
6.
What is the best food that you can eat here?
A trip to Mysuru is incomplete if you haven’t tasted the famous dosas from the equally famous Vinayaka Mylari on Nazarbad Main road. The biriyani served on a banana leaf at the age-old Hotel RRR, Gandhi Square is another not- to- miss experience. Only 50 seats are available here though so you may have to wait your turn. Anima Madhva Bhavan, Vontikoppal, is the perfect place if you want authentic Mysuru vegetarian fare. They serve generous portions here so come with an empty stomach here. Experience the flavoursome vangi bhath and khara bhath of Mysuru at Mahesh Prasad, Ballal Circle, a quaint little eatery that has served customers for decades.
Read MoreRead Less
7.
Is the city covered by Metro/bus network? What is the best way to travel across the city?
From the City bus stand (near KR Circle, near Mysore Palace) you can get buses to all parts of Mysuru. All the local services are operated from this bus stand, even the AC buses. Services are quite frequent so you can rely on the bus service to do your sightseeing. If you prefer a taxi, hire one with help from your hotel desk. Autos are available here easily too but it is a smart idea to check the rates with locals before you head off to find one. After 10 pm, autos charge more, by default and after midnight, the rates double, so keep that in mind. The horse carriage or Tonga may be a unique experience for the travellers.
Read MoreRead Less
8.
What are some of the nearby locations I can visit with Mysuru as my base?
Madikeri, Dharmastala, Hassan, Hampi, Belagaum, Hubli, Shimoga are easily accessible from Mysuru if you have a few days to spend here. You will find bus services to most places outside the city from the KSRTC bus stand where the Bangalore- Mysore buses also arrive.
Read MoreRead Less
9.
If I am flying in, which is the better option Mysuru airport or Bangalore airport?
Mandakalli Airport or Mysuru Airport is quite a limited one as of now with just one terminal. Bangalore airport is the better option since the flights to this city and frequently available too. You can stay over in Bangalore and take a bus to Mysuru at leisure. You have greater flexibility and choice with flights to Bangalore so this is the better option.
Read MoreRead Less
10.
What is a Mysuru- special gift item I can take back for friends and family?
Mysuru is famous for its sandalwood products (like figurines, bookmarks, pen stands, jewellery etc) and sandalwood perfumes. Just head to the Government Sandalwood Oil factory in Kuvempu Nagar and take your pick of various authentic sandalwood products. Beware of the many fakes that are sold in other outlets. The famous Mysore Silk sarees are a good traditional gift option too. Also, it is best to go to the KSIC Mysore Silk showroom and select from their comprehensive collection.
Read MoreRead Less
HOTELS BY CITY
Hotels near meHotels in GoaHotels in PuriHotels in MahabaleshwarHotels in OotyHotels in JaipurHotels in ShimlaHotels in ManaliHotels in UdaipurHotels in MussoorieHotels in PondicherryHotels in DelhiHotels in MumbaiHotels in NainitalHotels in LonavalaHotels in MunnarHotels in BangaloreHotels in MysoreHotels in DarjeelingHotels in Mount AbuHotels in KodaikanalHotels in HyderabadHotels in PuneHotels in ChandigarhHotels in ShirdiHotels in AgraHotels in GangtokHotels in CoorgHotels in ChennaiHotels in TirupatiHotels in DalhousieTravel GuideAll Cities HotelsCoupons
MOST POPULAR HOTELS
Hotels in HaridwarHotels in KolkataHotels in AhmedabadHotels in ShillongHotels in RishikeshHotels in VaranasiHotels in AlibaugHotels in MandarmaniHotels in SaputaraHotels in DamanHotels in OotyHotels in YercaudHotels in AmritsarHotels in MaduraiHotels in CoimbatoreHotels in KasauliHotels in DehradunHotels in DharamshalaHotels in GuwahatiHotels in LucknowHotels in McleodganjHotels in KatraHotels in Port BlairHotels in IndoreHotels in JaisalmerHotels in JodhpurHotels in PachmarhiHotels in VijayawadaHotels in TrivandrumHotels in Vizag